Cape Town, South Africa
No Reviews
$875
From price per person per day

Location: We are situated 1-hour North of Bloemfontein on a 15 000 acres privately owned ranch with pristine hunting diversity. We have a further 100 000 acres  spread across South Africa with more than 38 huntable species.

Location: We are situated 1-hour North of Bloemfontein on a 15 000 acres privately owned ranch with pristine hunting diversity. We have a further 100 000 acres  spread across South Africa with more than 38 huntable species.

About your host at White Lion Safaris: Ricus de Villiers, Owner. After being introduced to hunting by my father at age 5, I had a passion for wildlife, hunting and the outdoors. This sculpted the foundation of a dream and desire to become a conservationist and professional hunter in Africa. In the year 2004, this dream became a reality when I founded White Lion Safaris as a hunting and photographic safari operation right here in beautiful South Africa. Our staff is second to none, from Professional Hunters to professional chefs all trained and passionate about the hunting industry. Whether you are new to Africa or a veteran, you can count on White Lion Safaris to make it a trip of a lifetime!

What are the fishing/hunting seasons in Western cape, South africa?
For the most up to date information on seasons, please check with the relevant local authority.
Jan
Feb
Mar
Apr
May
Jun
Jul
Aug
Sep
Oct
Nov
Dec
Zebra

White Lion Safaris is located at Cape Town, South Africa
Pricing
Price From
$875 From price per person per day

What to wear in Cape Town, South Africa
for tips on the best clothing and dress code.

Other Things to Do in Cape Town, South Africa
for this trip: top things to do near White Lion Safaris 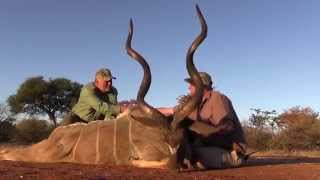