Dundee, South Africa
No Reviews
$350
From price per person per day

Location: Zulu Afrika Safaris is a hunting outfitter based in Dundee in KZN province of South Africa. We operate throughout South Africa and offer plains game and big five hunts.

Location: Zulu Afrika Safaris is a hunting outfitter based in Dundee in KZN province of South Africa. We operate throughout South Africa and offer plains game and big five hunts.

­­­­­­Hunting experience at Zulu Afrika Safaris: Based in South Africa, we specialize in classic hunting safaris using rifle, bow and handgun hunting for plains game (antelope) and the “Big 5 - elephant, lion, leopard, rhinoceros and buffalo ″. Plains game hunting in South Africa is not limited to the select few. During the last 8 years, the cost of a plains game hunting safari in South Africa has levelled out to become competitive in southern Africa again. With our neighbors gaining access to international trade shows and having to pay the same rates for advertising, has resulted in their trophy fee prices competing par with those in South Africa. Hunting plains game in South Africa has a few advantages over our main competitors in the plains game market. One of the very distinct advantages South Africa has, lies in the diversified habitat that supports different plains game animals in the different regions. The vegetation in each region differs to the next. Some plains game animals are grazers, some are browsers and a third group are grazer-browsers. This translates to those plains game animals that feed on grass, those that feed on the leaves of trees, shrubs and bushes, and those that feed on grass, trees and shrubs. Vegetation, water sources and terrain are the main factors influencing the occurrence of specific game species in specific areas. Click here for quick link country guide.

What are the fishing/hunting seasons in Kwazulu-natal, South africa?
For the most up to date information on seasons, please check with the relevant local authority.
Jan
Feb
Mar
Apr
May
Jun
Jul
Aug
Sep
Oct
Nov
Dec
Yellowfin Tuna

Zulu Afrika Safaris is located at Dundee, South Africa
Pricing
Price From
$350 From price per person per day

What to wear in Dundee, South Africa
for tips on the best clothing and dress code.

Other Things to Do in Dundee, South Africa
for this trip: top things to do near Zulu Afrika Safaris 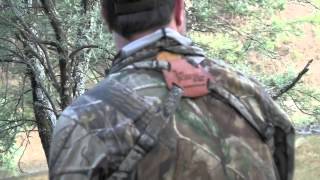