Malelane, South Africa
No Reviews
$250
From price per person per day

Location: Ultimate Hunting Safaris, is a South African based Safari Outfit that has been established since 2007 by Professional Hunter Wesley van der Veen.

Location: Ultimate Hunting Safaris, is a South African based Safari Outfit that has been established since 2007 by Professional Hunter Wesley van der Veen.

About your host at Ultimate Hunting Safaris: Wesley van der Veen, Founder. Wesley van der Veen of Ultimate Hunting Safaris and renowned Professional Hunter Helgard Smit each have more than a decade worth of experience in professional hunting and outfitting, and having shared a great friendship over the majority of that time, they have decided to combine their resources and respective strengths, skills, knowledge to bring you the best possible African Safari experience available today. Individually they have achieved great successes in the hunting industry, but always knew they could offer the industry more..

­­­­­­Hunting experience at Ultimate Hunting Safaris: With a range of hunting concessions/places in South Africa, Ultimate Hunting Safaris gives keen hunters the opportunity to hunt  in elements that suit their liking. Here at Ultimate Hunting Safaris we don’t want to be bound or limited in the species or quality of a certain species that we can offer. Thus, we operate on several concessions throughout South Africa and Zimbabwe. For example: If you wanted to hunt Kudu, Impala, Blue Wildebeest, Gemsbuck, Blesbuck and Springbuck. Then instead of going to one concession and spending 7-10 nights at the same place, we would suggest that we go north to the Limpopo (Woodland Bush) for Kudu, Impala and Blue Wildebeest and then South to the Eastern Free State (Savannah Plains) for Gemsbuck, Blesbuck and Springbuck. We specialize in both plains game and big game hunt safaris. Click here for quick link country guide.

What are the fishing/hunting seasons in Hhohho, South africa?
For the most up to date information on seasons, please check with the relevant local authority.
Jan
Feb
Mar
Apr
May
Jun
Jul
Aug
Sep
Oct
Nov
Dec
Yellowfin Tuna

Ultimate Hunting Safaris is located at Malelane, South Africa
Pricing
Price From
$250 From price per person per day

What to wear in Malelane, South Africa
for tips on the best clothing and dress code.

Other Things to Do in Malelane, South Africa
for this trip: top things to do near Ultimate Hunting Safaris 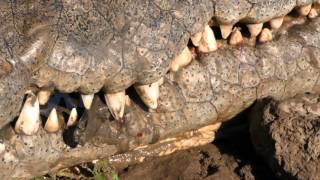